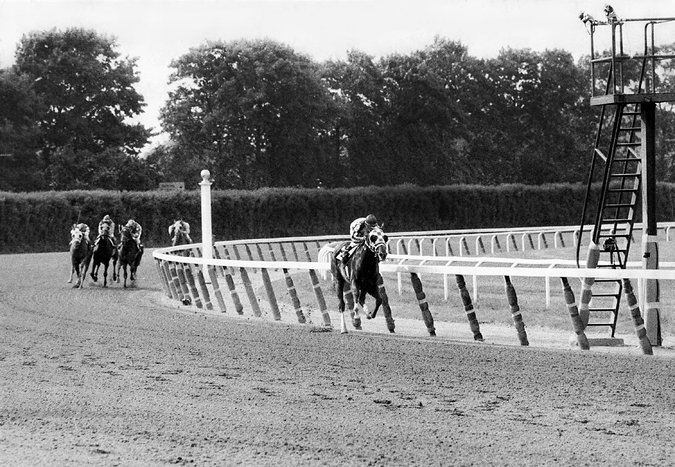 I can’t take it anymore.

I’m so exasperated that I used “bogus” in the title of this blog — and I can’t guarantee that you won’t see a “rad” or “F-in A, dude” before I’m finished writing either.

Here’s the deal: I’m tired of hearing about the track records that were set at Keeneland over the Breeders’ Cup weekend. Call me cranky if you must — sticks and stones may break my bones, just stay off my lawn — but the track records don’t mean a thing.

First of all, did anybody notice just how many records were set at Keeneland on the Friday and Saturday of the Breeders’ Cup? By my count, it was five — all of them on dirt. This should’ve raised some red flags, but, alas, it didn’t. Instead, I heard racing fans and pundits alike talk about how fast the main track was in relation to the turf course… which may have been true, but entirely missed the point.

When Keeneland initially switched to a synthetic surface in the summer of 2006, the track was reconfigured to widen the turns and lengthen the stretch. Hence, all the old main-track records were considered moot when the Lexington, KY facility went back to dirt for the 2014 Fall Meet.

Consider: The “track record” that American Pharoah broke in the Classic was previously held by Mal Guapo, who wired a field of “three-year-olds and upward which had started for a claiming price of $25,000 or less in 2014-2015,” two days prior.

Before that, the track mark belonged to Proud Maxx, a horse that, to-date, has won exactly one race — a maiden special weight affair — in 19 starts.

That’s it. Those were the only two pre-BC races contested at 10 furlongs since Keeneland went back to dirt. Sorry, but as impressive as American Pharoah’s Classic performance was, I don’t give it extra credit because it was faster than a maiden race and a starter allowance event.

Runhappy’s performance was slightly more deserving of the “record-setting” label — but only slightly.

Of the 105 six-furlong races run on Keeneland’s new soil prior to the BC Sprint, only 24 were non-maiden, non-claiming events. And Pablo Del Monte, a colt who is 0-for-5 in graded stakes company, came within 1/100 of a second of setting a new track standard on Oct. 30 — the day before Runhappy was able to accomplish the feat in the Sprint.

Don’t get me wrong: I’m not trying to take anything away from the five new Keeneland track-record holders — Race Day (1 1/8 miles), Liam’s Map (one mile), Bailoutbobby (1 ¾ miles — guess how many times that’s been run?), Runhappy (six furlongs) or American Pharoah (1 ¼ miles). I’m just trying to provide a perspective that’s been missing when the recent exploits of these horses have been discussed.

They all ran fast… but none were “moving like a tremendous machine.”

Derek Simon can be reached at Derek@USRacing.com.